Ramsey’s push for the Horrocks Highway pays off in Budget 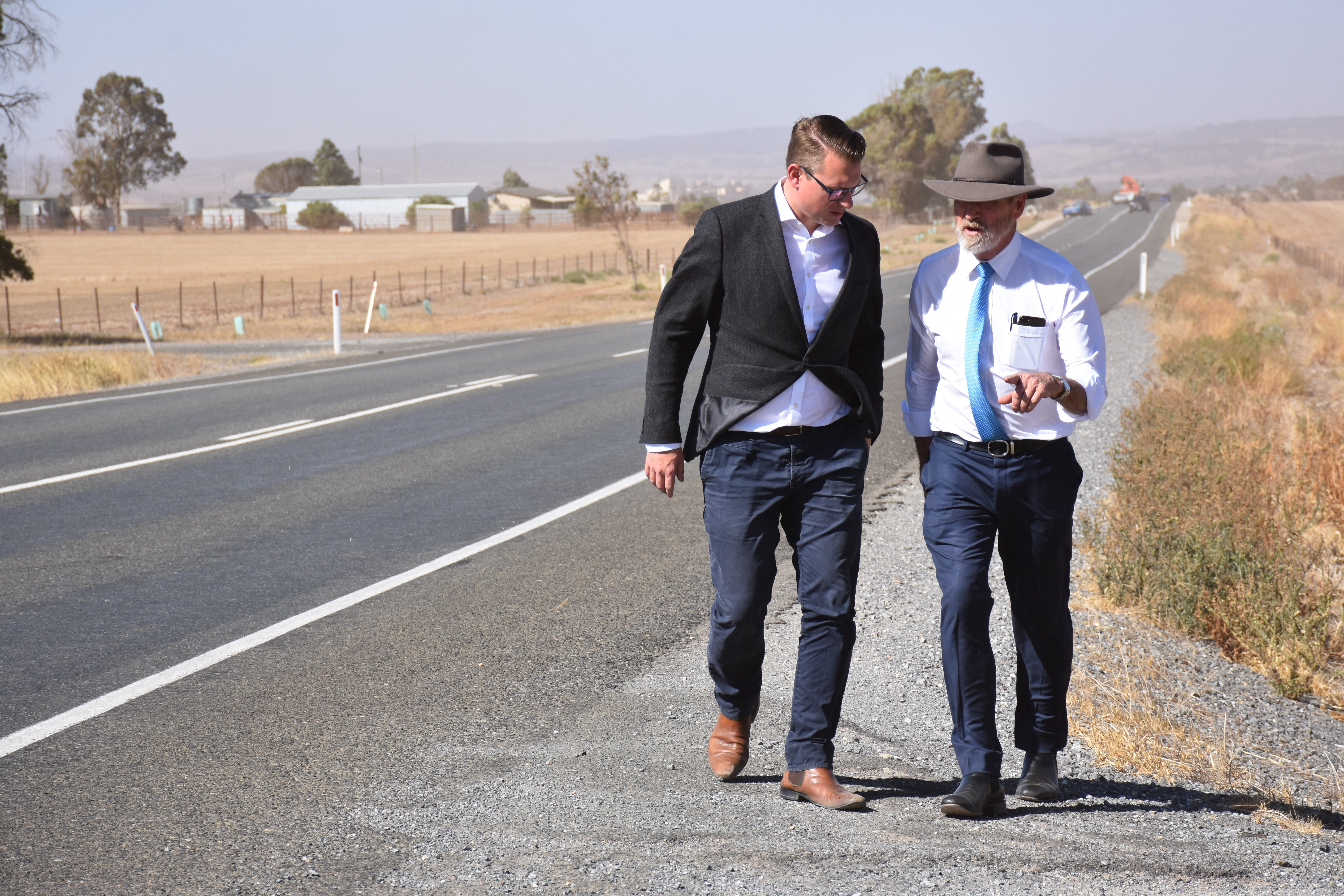 The notorious road linking the wine grape growing region of the Clare Valley with the state’s capital city is set to be rejuvenated with a $44 million investment announced in the Federal Budget.

“Federal Member for Grey Rowan Ramsey said he has been advocating for an upgrade to the Horrocks Highway since taking this area into his electorate six months ago.

“It was such an obvious need and I have been working strongly to get this moving,” he said.

“The Horrocks Highway is carrying increasing loads of tourists into one of the most beautiful parts of the state, but it is also a major freight route and we need to make sure it is both safe and efficient for both of these groups to use.

“I have worked hard to get ministerial attention for the road and been greatly assisted in my lobbying by the State Transport Minister Stephan Knoll and I thank him for his assistance.

“For these large projects outside the city limits there is no doubt that a new found enthusiasm for investment in the regions from our new State Government is making a major difference. We now have governments in Canberra and Adelaide who understand just how important the regions are to our national economy.”

The RAA recently listed the Horrocks Highway as one of the state’s most dangerous roads.

“The Clare Valley is a very important wine and wine grape growing region of our state and it is a massive and growing tourist drawcard,” Mr Ramsey said.

“Tourists need to feel safe on the road. A good road reduces driver frustration and with it the chance of people taking silly risks.

“The commitment to the Horrocks is accompanied by similarly large projects on the Barrier Highway and on Eyre Peninsula.

“Over the last year the Federal Government has committed $160m to the duplication of the Joy Baluch Bridge at Port Augusta and a further $72m for the Port Wakefield overpass solution.

“Bridges, passing lanes and shoulder sealing are all being addressed as nationally we have increased our infrastructure commitment to $100bn.

“I’m thrilled I’ve been able to deliver this very important project to the people of the Mid-North and looking forward to opportunity to continue representing them and building on these projects.”