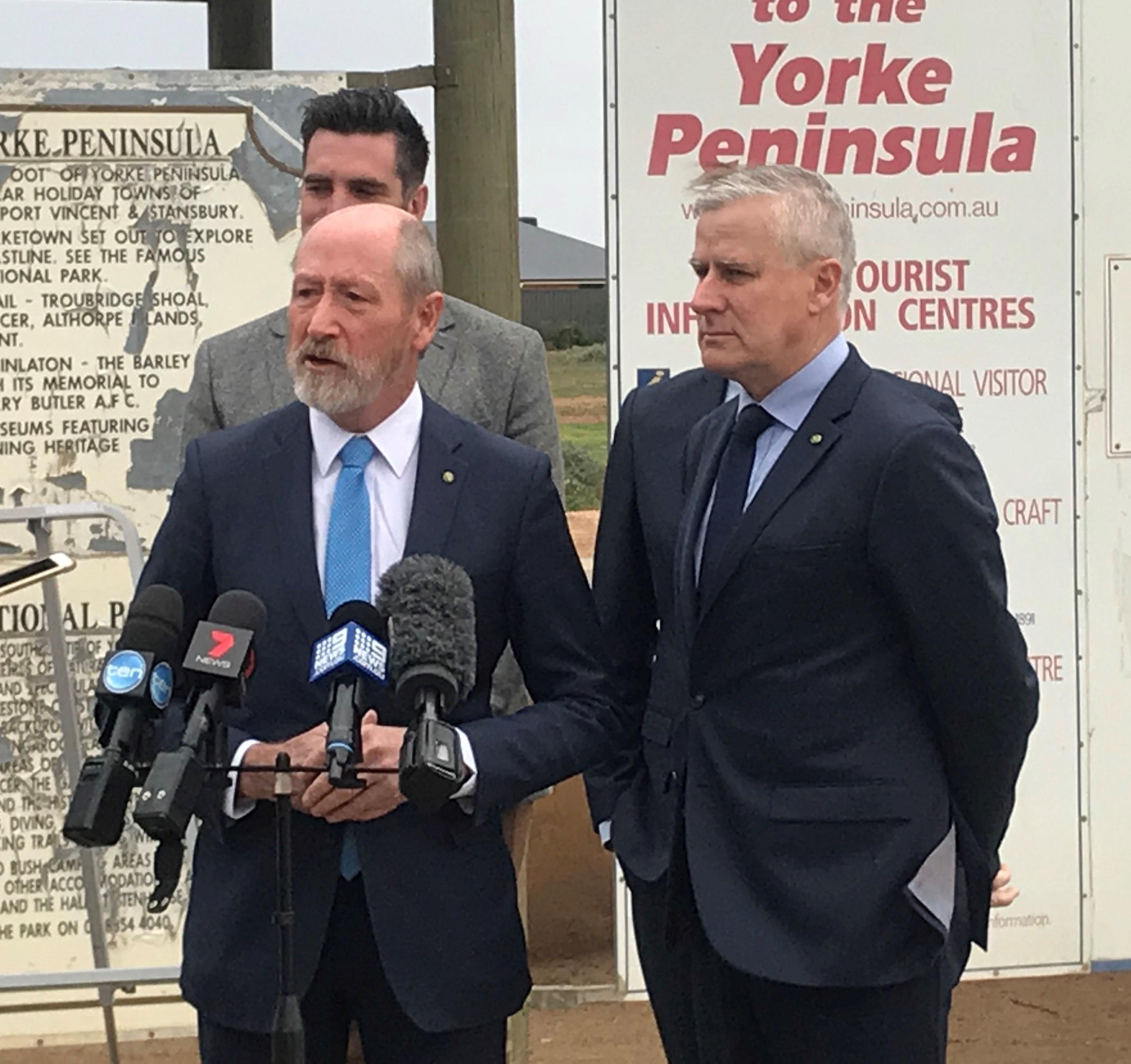 The Federal Liberal and Nationals’ Government has committed $72 million to duplicate Port Wakefield Road and build an overpass which will enable users of the road to avoid having to navigate the intersection with the Augusta and Copper Coast highways.

“Rowan Ramsey has been putting the case about what an important link this is between Adelaide and tourist and agricultural areas in the Yorke Peninsula and to the north of the state,” Mr McCormack said.

“His voice in Government has delivered and this investment will see a single-lane overpass for Port Wakefield Road over the intersection of the Augusta and Copper Coast highways, thanks to the Australian Government’s $72 million commitment.

“Working with the new Liberal South Australian Government, it will also duplicate Port Wakefield Road through the town of Port Wakefield, beginning at the end of the existing road duplication south of Port Wakefield and continuing to the Copper Coast Highway junction.”

South Australian Minister for Transport, Infrastructure and Local Government Stephan Knoll said both locals and visitors to the area were sick of congestion and associated delays in Port Wakefield, particularly during peak holiday periods.

“High traffic volumes and conflicting traffic flows are a big issue in the Port Wakefield area and for the broader Yorke Peninsula as well, so it is pleasing to have the Australian Government on board to deliver a solution via this upgrade,” Mr Knoll said.

“We expect this will, in turn, support the continued development of tourism by improving road access through to the beautiful Yorke Peninsula,” Mr Knoll said.

Federal Member for Grey Rowan Ramsey said the project was essential in terms of road safety and will fix “once and for all” the Port Wakefield bottleneck. “Traffic volumes both to Yorke Peninisula and on the National Highway will continue to increase and this project is long overdue”, he said.

“There are real benefits on offer for local businesses and freight operators, with a significant increase to road network safety and freight efficiency. There will also be a collective sigh of relief from parents waving goodbye to their children en route back to Adelaide after home visits on holiday weekends,” Mr Ramsey said.

“This example is what we get when our State Government works with the Federal Government. I congratulate Member for Narungga Fraser Ellis and candidate for Frome Kendall Jackson who have also worked strongly with me to help bring this project to fruition.”