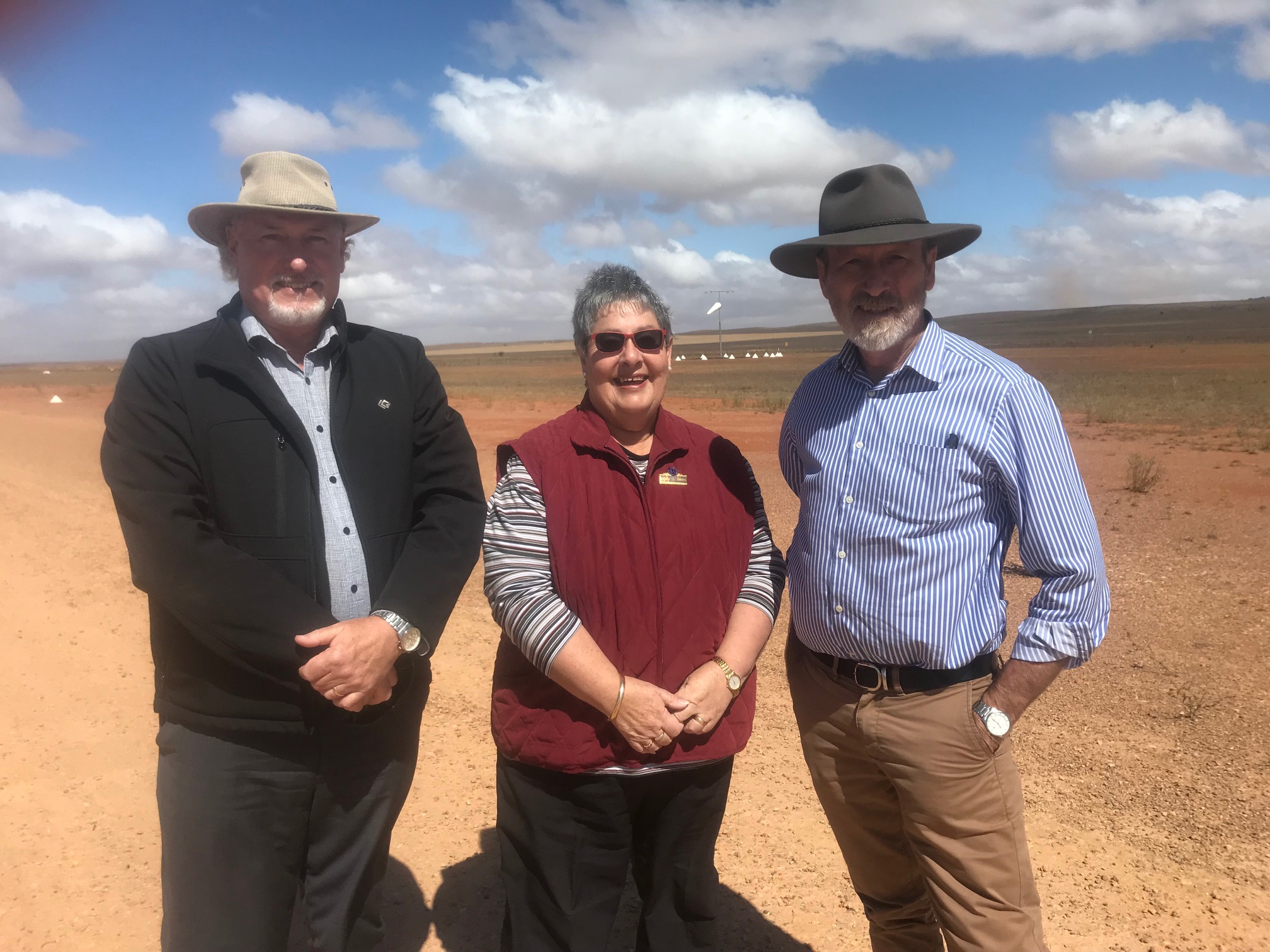 Federal Member for Grey Rowan Ramsey said he is very pleased to announce he has secured a million dollar grant to seal the Peterborough airstrip.

“I met recently with Mayor Ruth Whittle and Council CEO Peter McGuiness to discuss the good news,” he said.

“Many of our remote and regional airstrips in Grey have been able to access funding through the Remote Area Upgrade Program (RAUP), but unfortunately Peterborough did not qualify as it fell slightly under a line on the map being used to designate remote.

“I have lobbied from the Prime Minister down as I considered the line was clearly unfair on area like Peterborough and am especially pleased to now be able to deliver an all-weather strip to the town.

“RFDS has also championed this cause as they are one of the most regular users of the strip.

“Medical emergencies pay no heed to weather conditions and sealed strips are much better in maintenance terms for aircraft.”

Mayor Whittle said she was delighted with the commitment.

“Owing to other very extensive commitments on council finances, including the town effluent scheme which the Federal Government also backed, council was unable to contribute to the airstrip upgrade which is why this grant for the entire works is such a godsend,” she said.

Mr Ramsey said the Remote Areas Upgrade Program has been fantastic for sealing strips in the Grey Electorate.

“Yorketown is another one recently announced and will make flying into that town much more reliable,” he said.