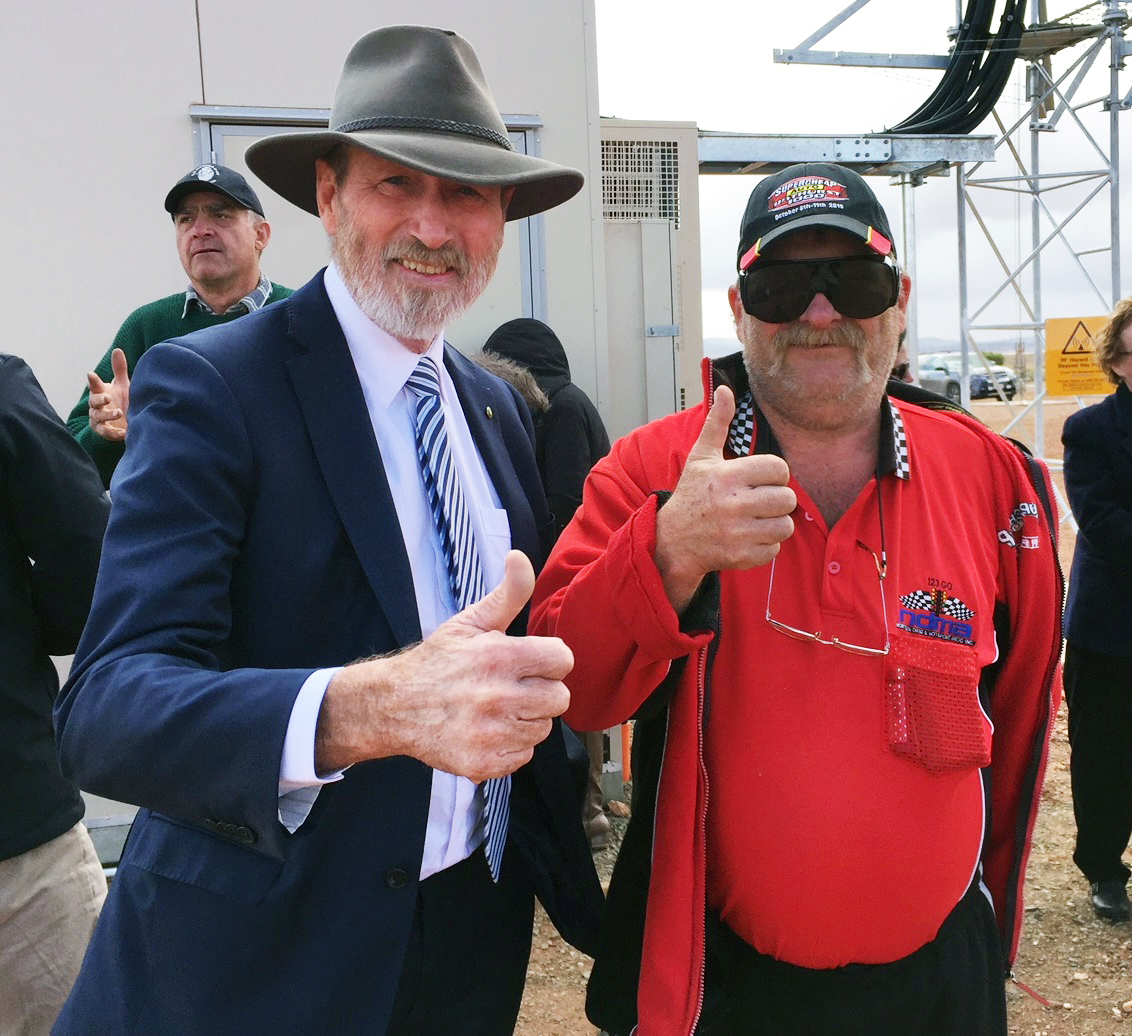 Federal Member for Grey Rowan Ramsey said he was very pleased that the Robertstown mobile phone tower has been completed.

“This mobile phone tower was announce under Round 3 of the Mobile Black Spots program in 2016,” he said.

“ After listening to members of the Robertown community on the lack of reliable mobile service in the town I have strongly advocated for this tower and while it was announce a considerable time ago it has now been constructed.

“I congratulate Telstra for getting on board with the Robertstown tower and a number of the mobile black spots towers in Grey which Telstra has committed to jointly funding with the Federal Government and its continued investment in the regions.”

Mr Ramsey said he has continued to advocate for continued funding for Mobile Black Spots.

“I am very aware of the impact of not having mobile reception in regional communities,” he said.

“Mobile technology plays an important role in helping people stay in contact with friends and family, and run businesses effectively.

“It is also a serious health and safety issue in the case of accident or fire.”

Mr Ramsey said the new coverage would open up opportunities for local businesses and the community, enabling them to access the same mobile services as those in major cities.

“We have committed $220 million to improve mobile black spots across the country with $60 million of this funding targeting priority black spot areas with poor or no mobile coverage, like Robertstown.”

The Government’s Mobile Black Spot Program is improving mobile coverage across Australia including along major regional transport routes, in small communities and at identified priority locations.