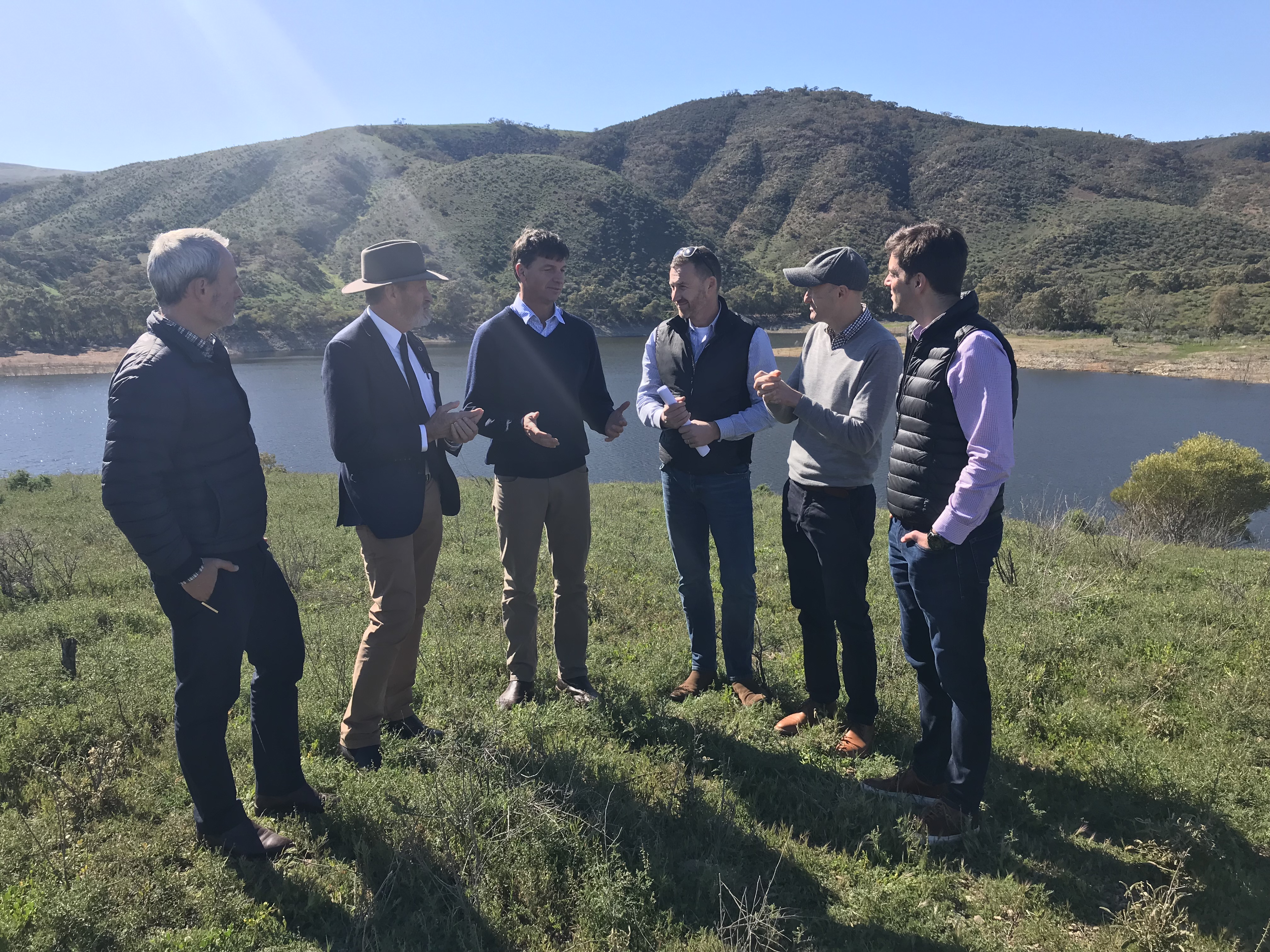 Federal Member for Grey Rowan Ramsey said he is pleased the Morrison Government has committed up to $40 million in funding through the Australian Renewable Energy Agency (ARENA) towards the development of pumped hydro in South Australia.

“South Australia has more than 50% of its electricity delivered by renewable sources now and this has led to stability issues in the network,” he said.

“It is imperative we firm up our electricity by either putting in extensive new diesel or gas generation or by storage in some kind of battery.

“In this case, pumped-hydro appears to be by far the cheapest and best option and have a number of good sites we can marry up with our abundant, if sometimes spasmodic renewable energy sources.

”I am very pleased to have the Energy Minister Angus Taylor here to make this welcome announcement.”

The funding aligns with the Government’s ongoing consideration of shortlisted projects under the Underwriting New Generation Investment program announced in March 2019.

Pumped hydro energy storage uses excess renewable energy during low demand periods to pump water uphill where it is stored until needed, at which point the water is released to power a turbine, generating electricity.

ARENA has received expressions of interest from a range of projects, each of which would provide more than 200 MW of dispatchable generation and storage, and be expected to reach financial close by 30 June 2020.

These projects are needed in South Australia, where high levels of ‘unfirmed’ renewable energy has impacted the security of the state’s electricity grid and driven up wholesale prices.

When South Australians flick the switch, they need to be confident the lights will turn on – and stay on.

Pumped hydro energy storage will soon be a reality in South Australia through the Morrison Government’s commitment to deliver more affordable and reliable power for South Australians.

The Underwriting New Generation Investments program is a key part of the Morrison Government’s plan to deliver affordable and reliable power.

The program has identified 12 projects across the National Electricity Market that could deliver a combined capacity of 3,818 MW of new generation.

The Government has committed to reducing average wholesale prices in the National Electricity Market to less than $70/MWh by the end of 2021. Development of new, firm generation capacity will lower prices and increase reliability.