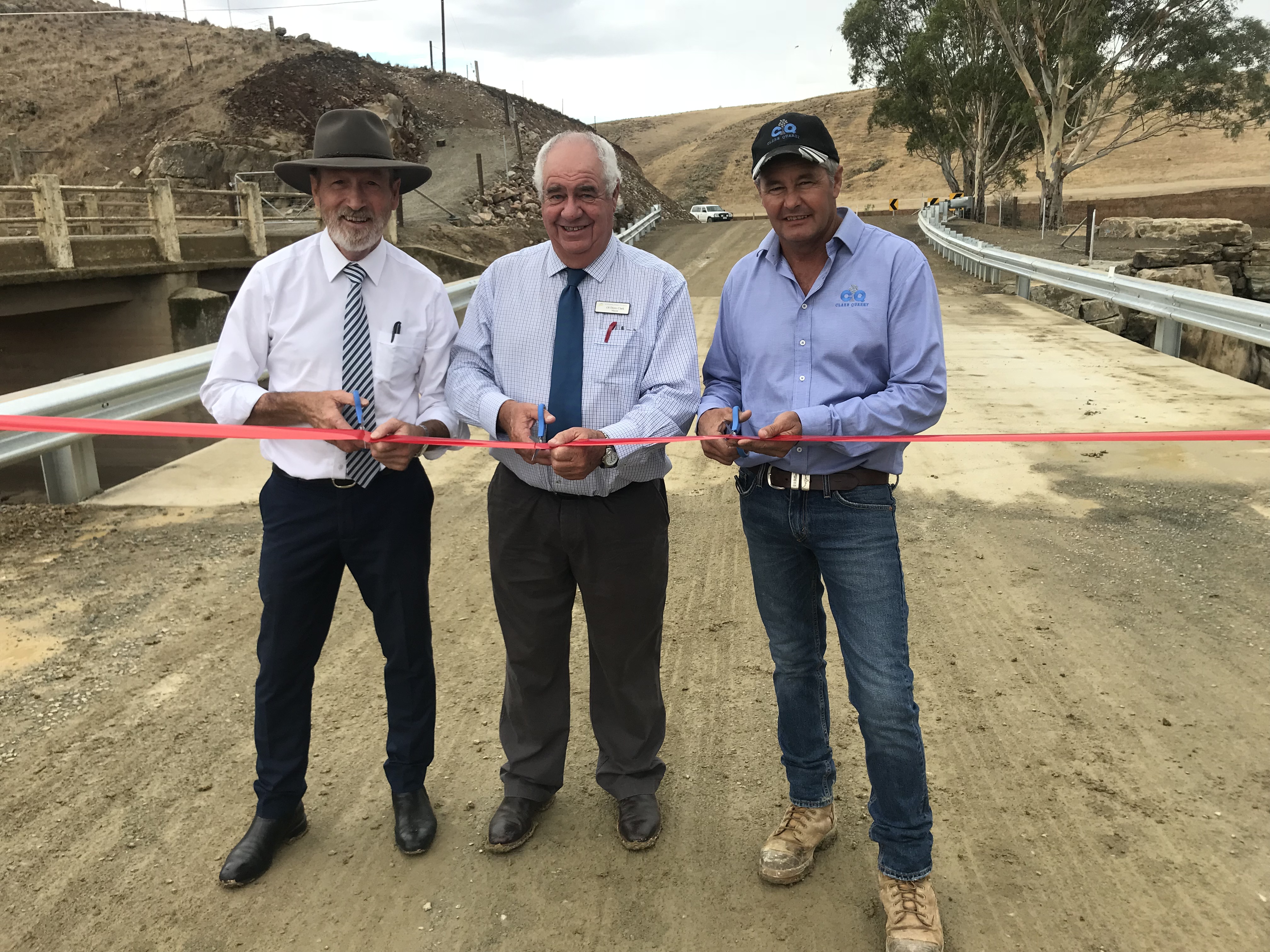 Federal Member for Grey Rowan Ramsey said the completion of the Broughton Valley Road Bridge will be a great benefit to the local economy.

Transporting construction materials and agricultural goods from the Spalding area, north of Adelaide, to destinations all over South Australia and the Northern Territory will now be safer and easier thanks to the recently completed replacement of the Broughton Valley Road Bridge.

Mr Ramsey who opened the bridge with Russell Schmidt from Clare Quarry and Mayor Denis Clark while the Commonwealth had provided fifty percent of the construction cost great credit had to go to Schmidt family for not only funding close to half, but also constructing the bridge.

“They have done a superb job,” Mr Ramsey said. “It is a bridge that benefits the whole community the care taken in building the rock cladding actually makes the whole are a tourist attraction.”

The new bridge’s higher load capacity would increase the efficiency of Clare Quarry’s delivery of raw materials to construction projects in South Australia and the Northern Territory, as well as farmers’ deliveries to market.

“The former bridge was located mostly on private land outside the road reserve, requiring heavy vehicles to go through a river ford to cross the river, which was tough on the trucks and subject to damage.”

Mr Ramsey also mentioned a number of projects in the electorate which he had been able to secure funding for and the Federal Government’s ongoing commitment to regional areas.”

“Instead of having to take a detour of up to 30 kilometres, road trains and other heavy vehicles can now travel across Hut River quickly and easily,” Mr McCormack said.

“This will save travel time, increasing the industry competitiveness of some great Australian small businesses such as Clare Quarry and farming and contracting operations, helping the local economy to grow.”

“This bridge is now much safer and wider, which is a great result for the Spalding community and visitors to the area,” Cr Clark said.

“We would like to thank Clare Quarry, which has been pivotal in the development of the new bridge, having contributed almost half the required funding as well as commissioning the design and carrying out the bridge and road alignment works.”