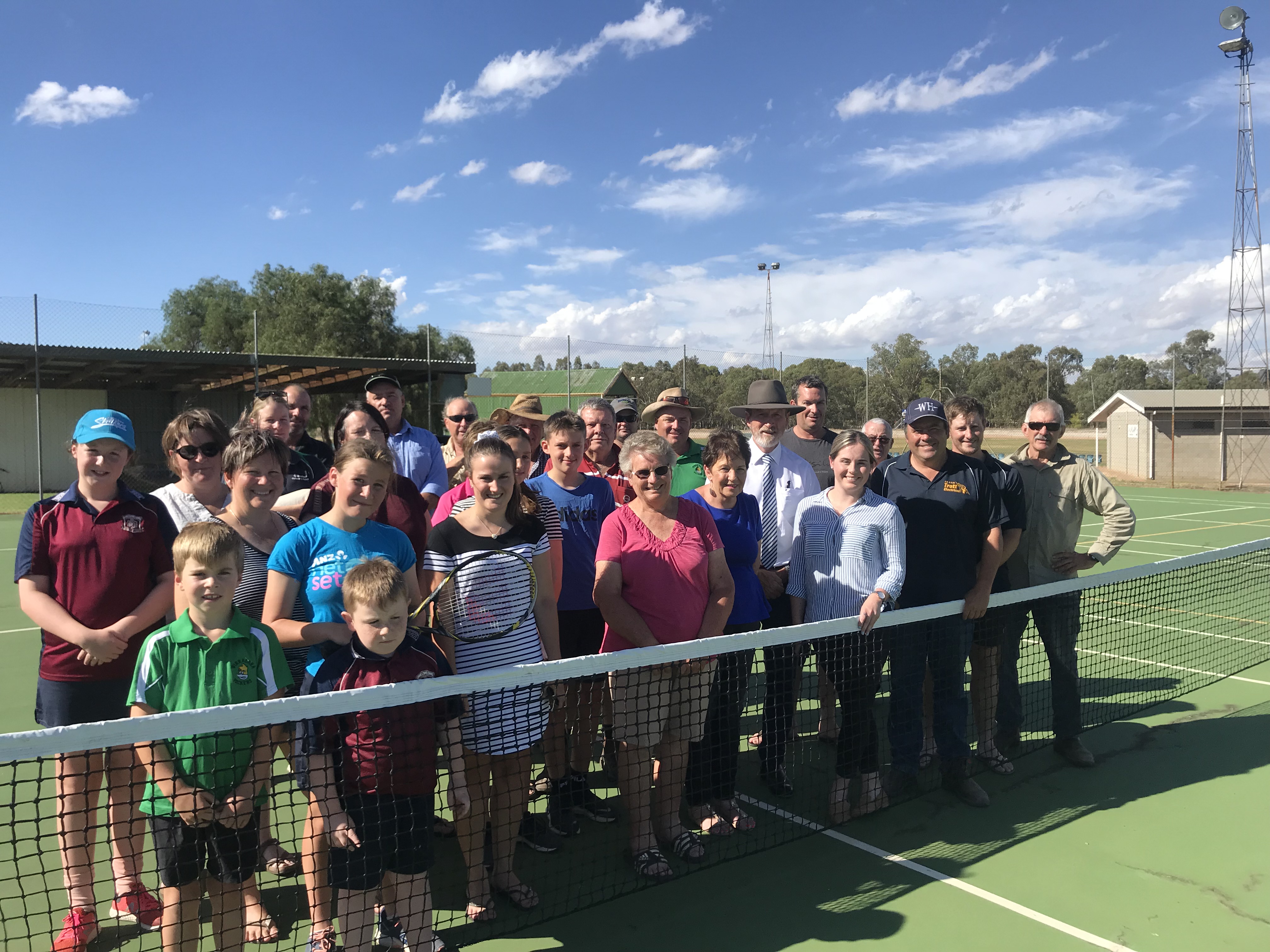 Federal Member for Grey Rowan Ramsey received a very warm welcome when he was in Wirrabara recently to announce funding of $113,148 to the Wirrabara Sporting Reserve as part of the second $30 million round of the Federal Government’s Community Sport Infrastructure Program.

Wirrabara Tennis Club secretary Hayley Trott, who drove the grant application, was delighted the club had been successful and would be able to commence an upgrade to its netball/tennis courts. The grant will enable the resurfacing and extension of the courts. This upgrade is essential to ensuring winter sport is still held at the Wirrabara Sporting Reserve.

Mr Ramsey said it is evident there is a very strong sense of community in Wirrabara.

“The ability to be able to host netball, football, cricket and tennis locally is very important to levels of participation in sport in this community,” he said.

“Sport plays a really important role in rural and regional communities, he said, It is a great way to get out and exercise and is important in developing social networks.

“Additionally, country towns like Wirrabara have also developed many of Australia’s elite athletes.

“If the town lost home games because the courts were not up to standard, it would have a detrimental impact economically and socially to the town.”

Minister for Sport Bridget McKenzie said the Liberal & Nationals Government understands that our success and prowess as a sporting nation begins with grassroots sports.

“This is why we have focused our investment on local grassroots sporting facilities such as the Wirrabara Sporting Reserve,” Minister McKenzie said.