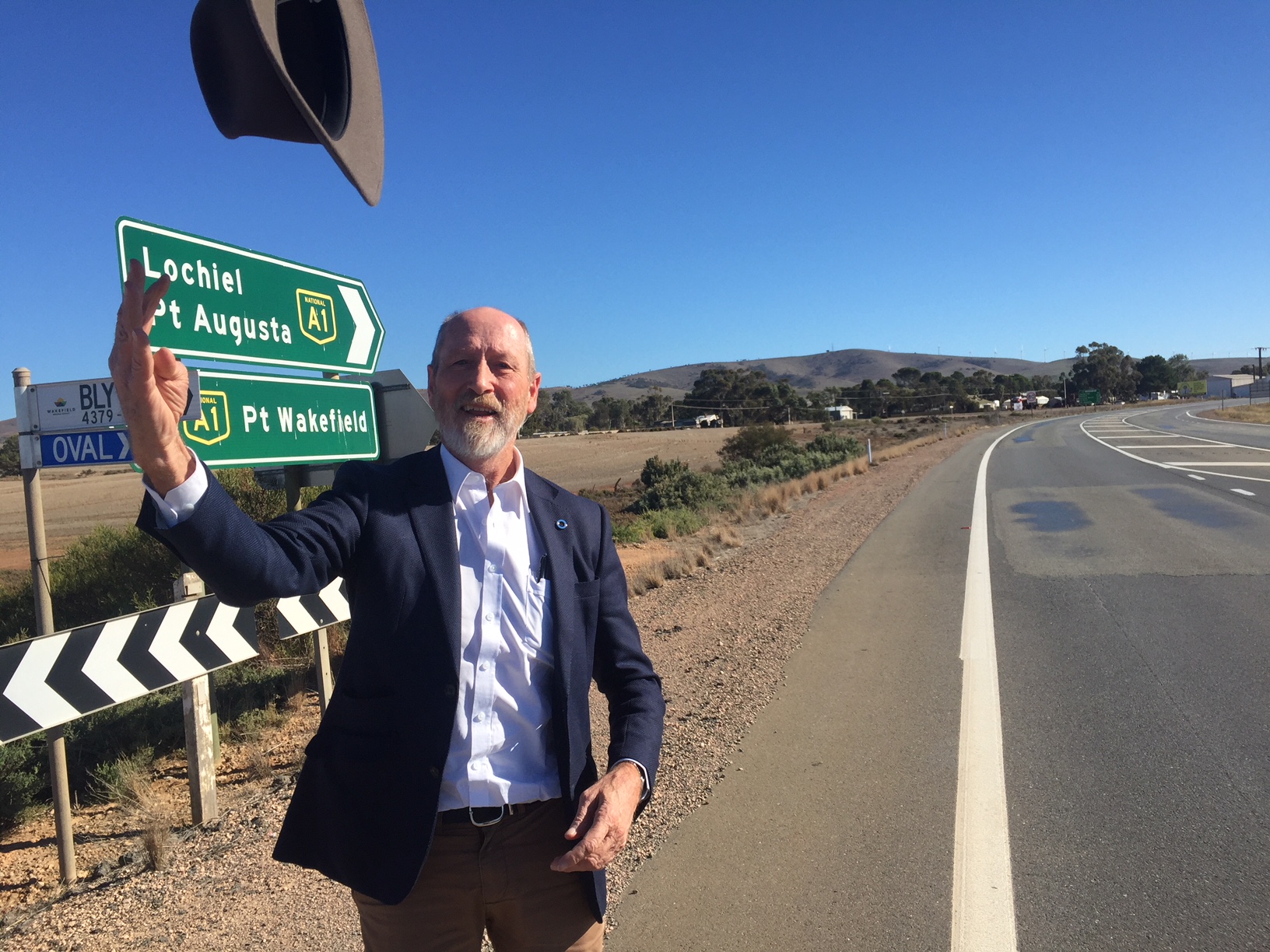 The Federal Liberal and Nationals Government has announced an additional $64 million for the duplication of the Augusta Highway between Port Wakefield through to Port Augusta.

Deputy Prime Minister and Minister for Infrastructure, Transport and Regional Development Michael McCormack said the additional funding will improve safety and address pinch points along one of the nation’s greatest road assets, the Princes Highway of which the Augusta Highway is just a part.

“The Princes Highway is a major freight and passenger route along the east coast of Australia, extending from New South Wales through Victoria and terminates in Port Augusta.

“We are proud to be investing in this nationally significant corridor in order to support local communities, tourism and industries that rely on this road every day.”

The Federal Member for Grey Rowan Ramsey said he has been campaigning for this outcome for some time.
“Traffic loads to the north and west through to WA are increasing every year,” he said.
“We have added more passing lanes and certainly that has made a difference, but the case for dual lanes all the way to Port Augusta keeps increasing.

“The $90m dual lane and fly-over solution for Port Wakefield and the $200m duplication of the Joy Baluch Bridge, both eighty percent funded by the Federal Government have provided the book-ends, now we can set about filling in the gap.

“Safer and faster, the dual lane project delivers the infrastructure we need to enable northern SA to reach its full potential.
“It will also significantly increase safety.

“This is an election commitment, but it lies within the budget parameters we set out in April when we lifted the total infrastructure commitment from the Liberal/National Government to one hundred billion dollars. I am very excited by the announcement.”
The Princes Highway Corridor Strategy was developed in partnership with the SA Government, the NSW Government and the Government of Victoria.