Ramsey Thanks Grey Voters for Their Confidence 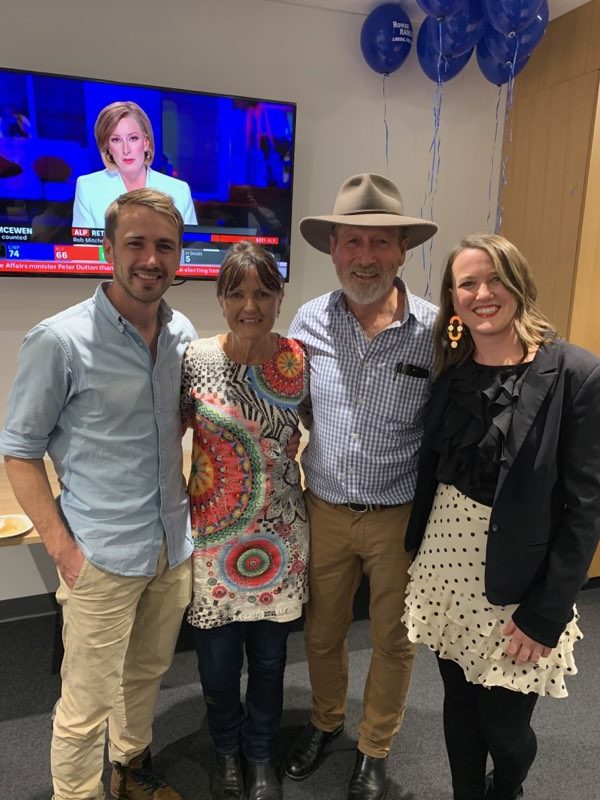 There has been a strong swing back to the sitting member in Grey where it seems Rowan Ramsey will be elected on first preferences alone, which has been welcomed by Mr Ramsey.

“I would like to thank all of those who chose return me and I am extremely pleased the Morrison Government has been voted in for another term,” Mr Ramsey said.

“I would also like to thank all our loyal supporters who helped get the electoral message out there. “It’s a massive seat, requiring a massive effort.

“I also thank and congratulate the other candidates. It takes courage to put your name forward and then commit to a campaign involving such a large part of the state.

“I complement them on the civilised way the campaign was conducted.

“The strong vote nationally shows a personal endorsement of Scott Morrison. Certainly the message I was getting as I travelled the electorate was that people liked his down to earth and honest, practical approach.

“Now is the time to get on with the job and I will work to make sure firstly the projects committed to before the election, such as the duplicated of the Joy Baluch Bridge, the Pt Wakefield over-pass, the EP road network upgrades, two new Headspace units and new mobile towers and other road upgrades get moving.

“I will also be ensuring projects offered as electoral commitments like the commencement of construction of dual lanes on the Augusta Highway and the replacement of the 100 year old Dog Fence get through their planning stages as quickly as possible and get started. It will be an exciting time.

“I have many more projects I want to see move forward like sealing the Strez and attracting more industry and businesses to Grey to grow jobs.”

Mr Ramsey said the fact the Liberal-Nationals Government will be able to govern in its own right and with the Federal Liberal Party now having rules ensuring an elected Prime Minister cannot be challenged within the term, Australia is headed for a period of political stability, something the nation has been searching for.

Giving back to Volunteers Across Grey
29 June, 2022