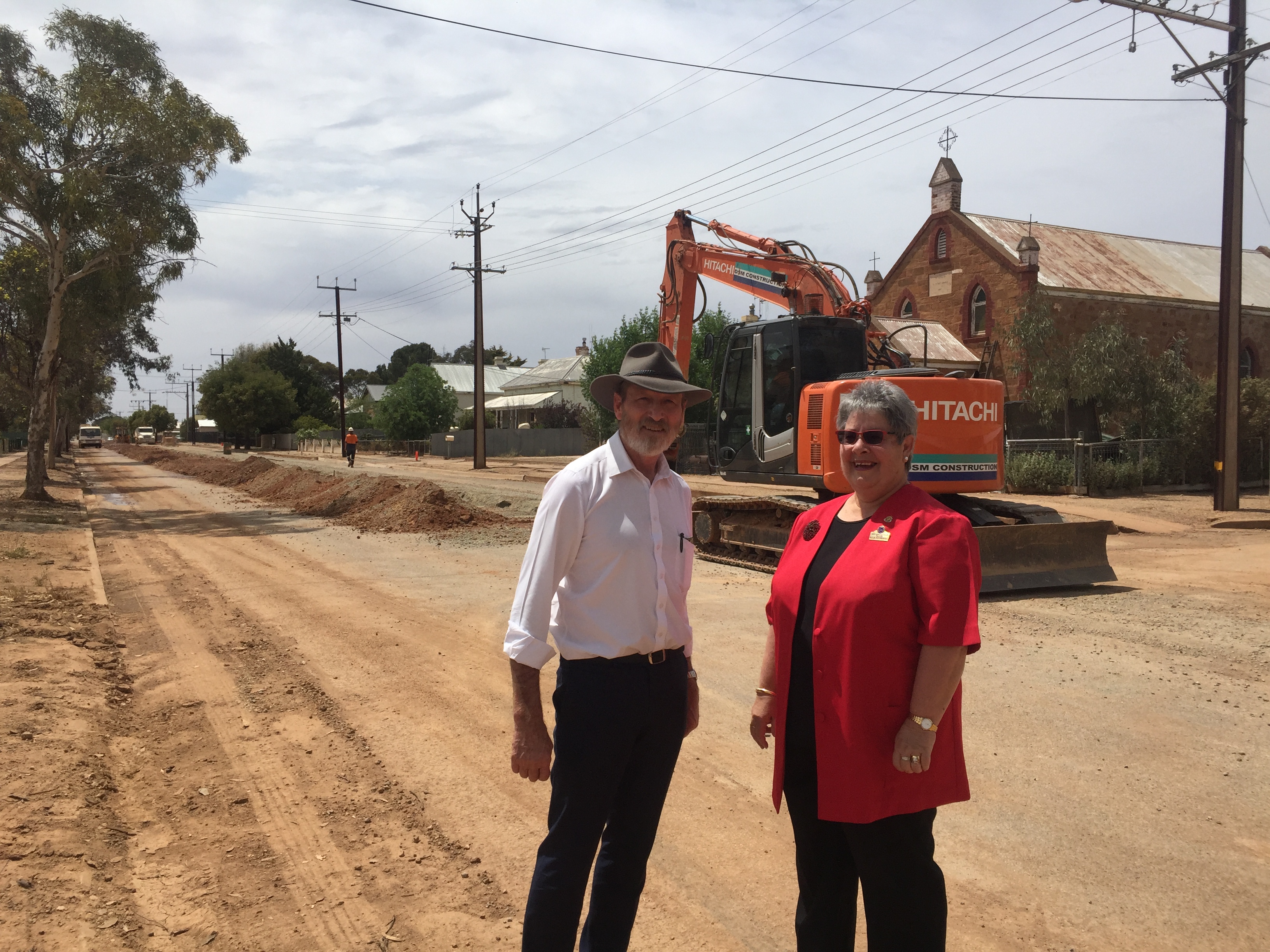 Federal Member for Grey Rowan Ramsey said he is pleased two additional councils have been made eligible for $1m under the Drought Communities Program.

“Minister Bridget McKenzie announced on Friday that Peterborough District Council and Flinders Ranges Council have been added to the 13 councils in Grey already eligible under the program,” he said.

“I have been strongly advocating for additional local government areas to be included in the funding package.

“This funding has been made available for councils to alleviate the damage caused by drought conditions and develop programs to stimulate the local economy and help local businesses to keep open their doors and retain employees until the rains return.

“A number of councils have already had projects granted which will stimulate the local economy, keep jobs in the area and create opportunities for tourism.

“I encourage Peterborough and Flinders Ranges councils to put forward some good quality projects which will help their communities which are feeling the pinch of a severe drought.”

Mr Ramsey said he requested Minister McKenzie to continue re-assessing the program monthly after the initial announcement as more data became available and councils which had previously not met the criteria have now been included.

“The formula used by the department is the same as has been used in other states and is based on rainfall deficiency and percentage of people whose income is derived from agriculture,” he said.

“I believed we had councils not on the original list which were in need of assistance and it is really pleasing these additional councils have now been included.”