Goyder Highway on the mend 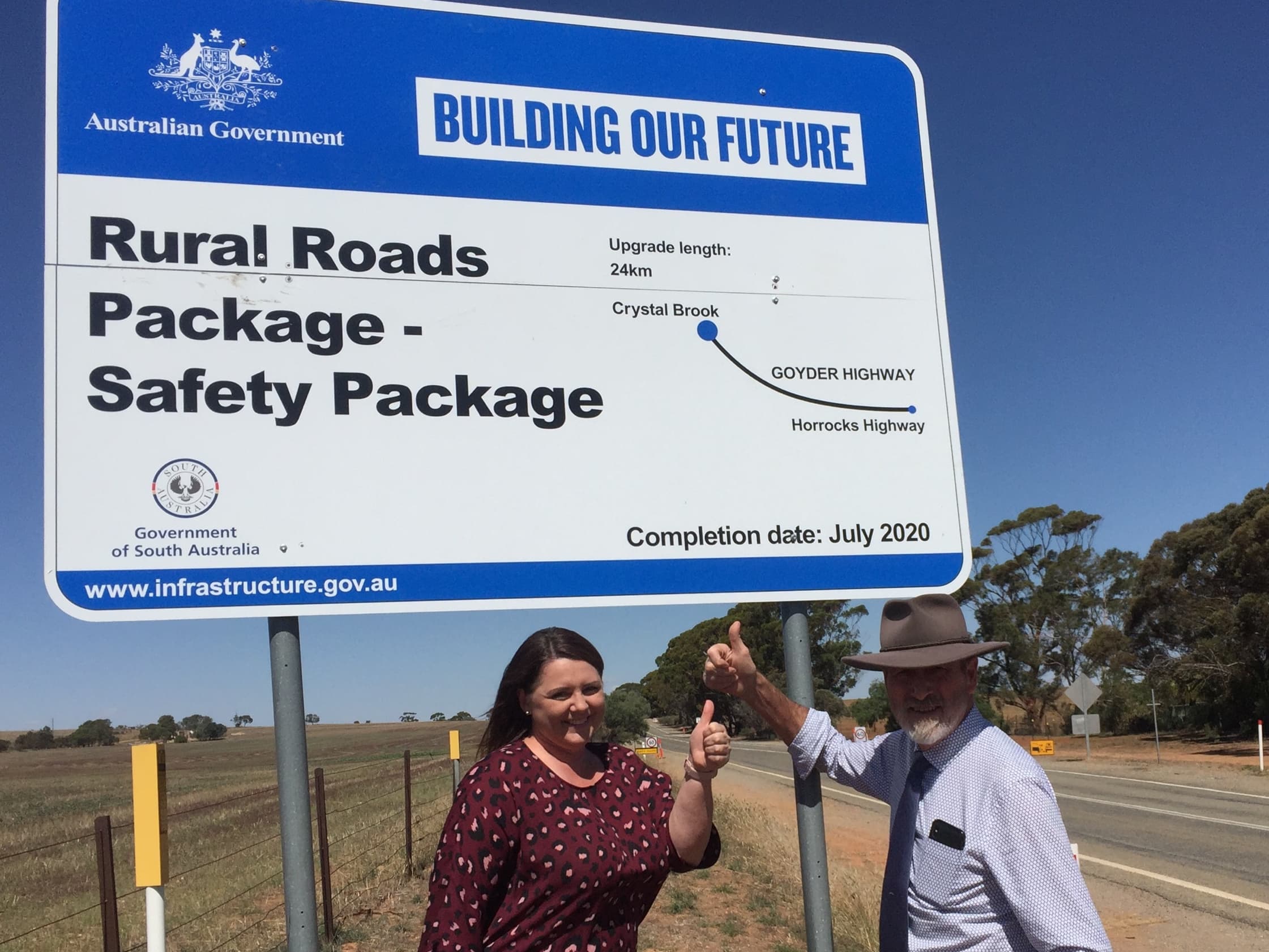 Works will begin on Saturday to improve several shoulders on the Goyder Highway between Crystal Brook and the Horrock’s Highway – the first step towards the speed limit of 110km/hr being reinstated.

“Let’s not forget it was the state Labor Government which reduced the speed limit on this road to 100 kilometres per hour, rather than making the necessary investment to keep it in first class condition,” Mr Ramsey said. “Seven other roads around the state suffered the same fate, at the same time, and all will be reinstated in due course.”

“This is another example of how our rural and regional areas are benefiting from having a Federal and State Government working together for the common good. As well as this we have the $124.5 million Port Wakefield overpass and duplication project starting soon and the $200 million duplication of the Joy Baluch Bridge at Port Augusta.”

Mr Ramsey said all of these projects were overdue and users were really looking forward to works getting underway and road safety improving. “The Federal Government currently has more than half a billion dollars of road infrastructure in the Grey electorate either under construction or commitmed – Investment on this scale is unprecedented.” Mr Ramsey said.

Liberal Frome State Electoral Council president Kendall Jackson, who campaigned to have the speed limit reinstated to 110km/hr during the last state election, has also welcomed the roadworks and is looking forward to seeing the speed limit sign changed.

Mrs Jackson, having committed a Marshall State Government to this project during the election campaign, continued to lobby for the reinstatement of the 110kph speed limit long-after the election. Mrs Jackson successfully moved a motion at the Liberal Party’s State Council calling on the government to commence the works.

“Whilst in an ideal world this speed limit would have been changed back to 110km/hr the week following the last state election, I understand we also need to ensure the road is safe for its users,” Mrs Jackson said. “I’m just so pleased we have governments that talk to each other, so that we can get projects like these happening.”

Construction works are expected to be completed on the Goyder Highway in June, weather permitting.