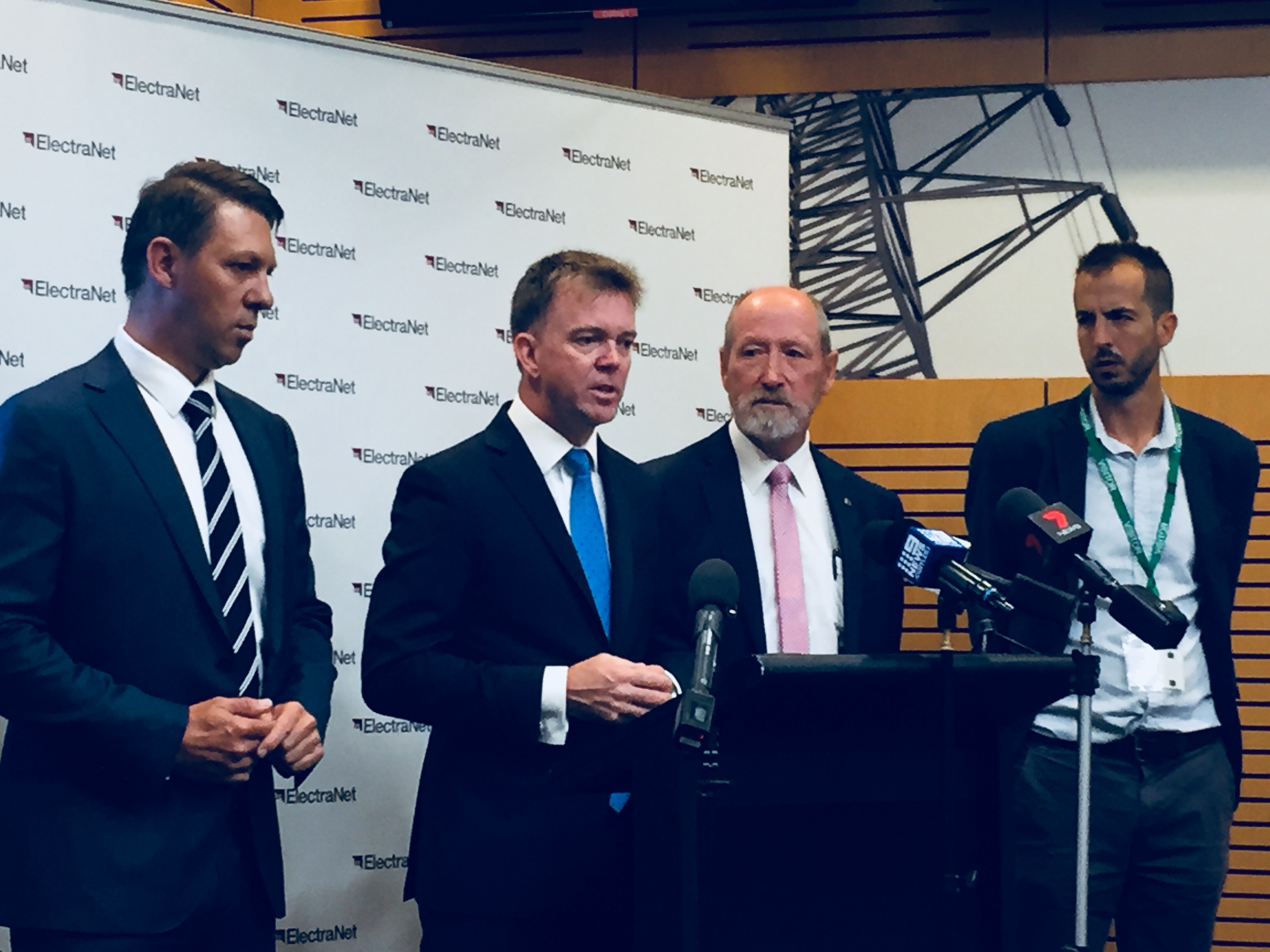 The Australian Government has today announced the official completion of a grid-scale battery at the Dalrymple substation on South Australia’s Yorke Peninsula which will ensure South Australian families and small businesses will benefit from more affordable and reliable, 24/7 power.

Federal Member for Grey Rowan Ramsey who represented Energy Minister Angus Taylor at the official announcement said the Dalrymple battery would provide more reliable power for customers at the fringe of the South Australian grid.

“The Dalrymple battery is strategically located to instantly respond to the intermittency and variability of power generated from the nearby wind farm at the tip of the Yorke Peninsula,” he said.

“It’s storage capacity will help keep the lights on in the event of a network issue further up the grid.”

The 30 MW / 8 MWh grid-scale battery will improve energy reliability for 4,500 households and businesses on the Yorke Peninsula by working together with the existing 90 MW Wattle Point Wind Farm and rooftop solar PV to provide back-up local supply.

In the event of a supply interruption from the electricity grid, the Dalrymple battery can provide 2-3 hours of electricity while connection to the grid is restored, and its fast frequency response capability will help improve system security across South Australia.

The Australian Government, through the Australian Renewable Energy Agency (ARENA), has provided Electranet $12 million toward the construction of the $30 million Energy Storage for the Commercial Renewable Integration project which is now live and connected to the National Electricity Market (NEM).

The Dalrymple battery builds on the Australian Government’s work to back disbatchable generation in the NEM to ensure the lights stay on in South Australia.

Mr Ramsey said the battery will kick in during any loss of supply in the Dalrymple area and work with the 90MW Wattle Point windfarm and rooftop solar PV systems in a microgrid.

“Since the Northern Power Station at Port Augusta closed, our grid has been wracked by frequency modulation issues which has the ability to trip lines out. The battery is ideally suited for addressing this problem is urgently required at the moment,” Mr Ramsey said.

“In the worst case scenario this can lead to the cascading crash we saw in the state in the past  blacking the whole state out.”