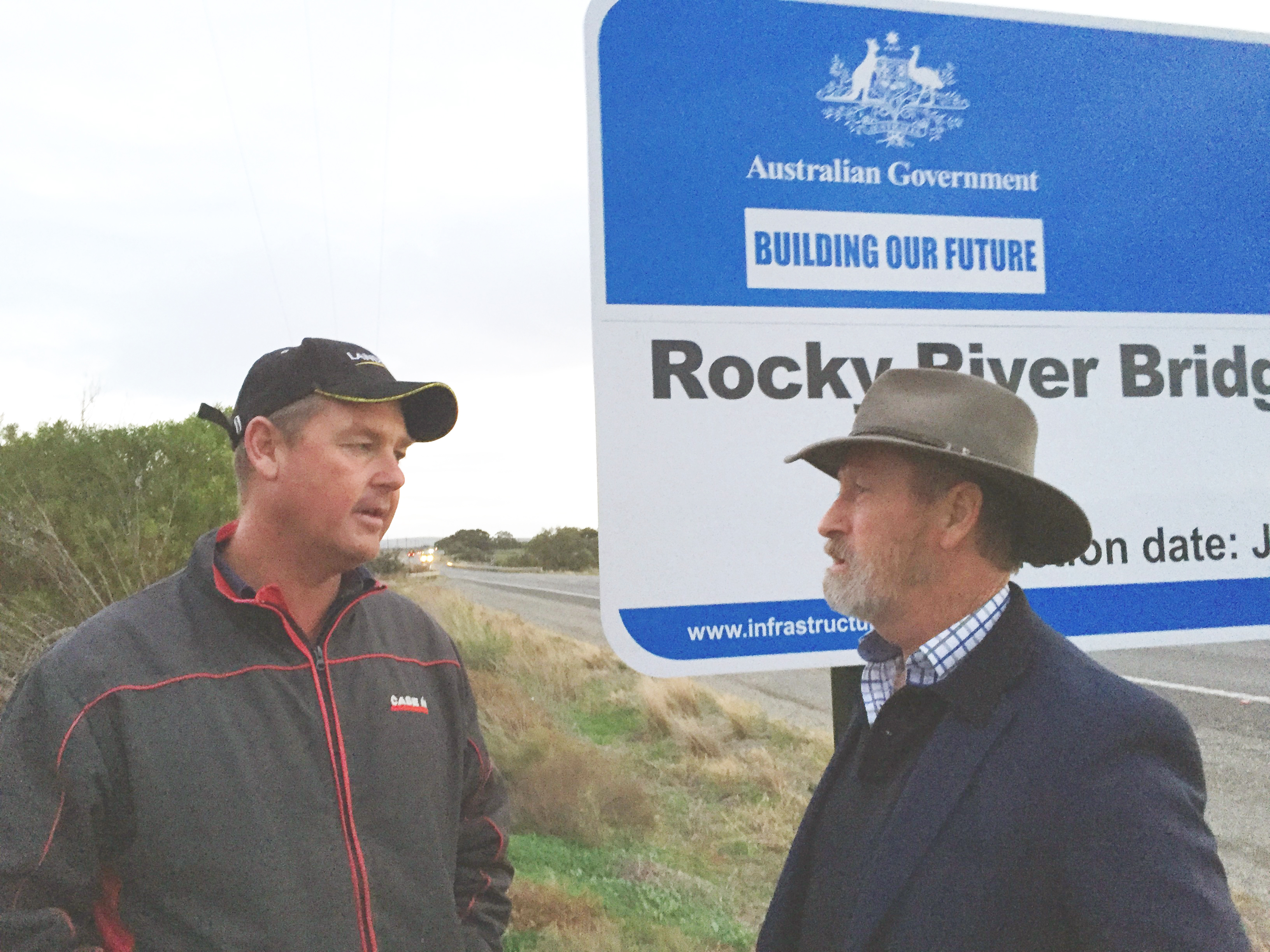 The Federal Government committed eighty percent funding to deliver passing lanes between Whyalla and Port Augusta, the widening of the Rocky River Bridge near Merriton and extra passing lanes south of Port Augusta in mid-2015.

Today Member for Grey Rowan Ramsey welcomed the State Government finally joining them in by providing the twenty percent contribution required from them.

“Getting the State Government to finally accept the $7.1m gift from the Federal Government for the works has been one of the longest campaigns of my political life,” Mr Ramsey said. “It’s taken two and half years since the money was put on the table requiring just $1.78m from the state,” Mr Ramsey said.

“In May 2016 I made a joint announced with the Member for Giles Eddie Hughes that the state was coming on board and thought work would start within months, but it’s taken a further eighteen months to get them to sign the papers.

“We had a spate of road deaths in the area about four years ago and it was these accidents and the public concerns raised at the time that pushed me to lobby hard for the original allocation of funding.

“I thought at the time when the funding was allocated the battle was over, but it had only just begun.

“Having said that, I am just so pleased the State Government has decided to accept the assistance and indicated work will start this month.

“I certainly hope that is the case.”

Mr Ramsey said he had been running an online petition as part of a public campaign to push the state to get on with the job and thanked all who had supported him.

“It has made a difference,” he said.

“I would like to publicly thank the Federal Transport Ministers over that time, former Deputy PM Warren Truss and Darren Chester who have quarantined this funding allocation through successive budgets to ensure we can dramatically upgrade the safety levels on the roads.”